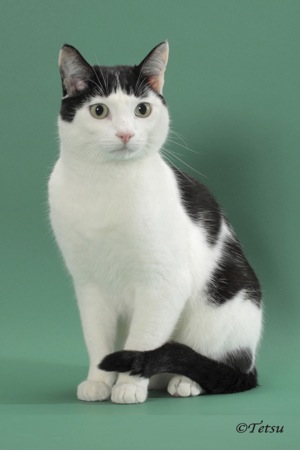 Competing in the Household Pet Class

Patches was a semi-feral, whole male living in our neighborhood. He started out as our “trap-neuter-release project”. The trapping became unnecessary, the neutering accomplished, but the release part was not successful! Integrating him into the household was difficult and it finally took traveling to neutral territory (a show hotel) to accomplish it! This year, with the help of Etienne as show companion, he finally became comfortable in the show hall. His self appointed job at home is enforcing a numbers limit of “5” cats in the household. It seems to be a never ending job, but his work ethic is amazing!

Sound Credits: “Super Trooper” by ABBA. Use the video controls below to adjust volume or turn off sound.